Take a direct (transit) trip to the airport

Rosslyn's public transit can get you to Dulles or Reagan National quickly, inexpensively and without hassle

There’s plenty to do in Rosslyn every summer, but it can be nice to soak up the sun while on vacation! The airplanes flying overhead are good reminders that the airport is not far away. When carrying luggage, it can be tempting to drive to the airport. But is it worth the rideshare fare or the parking when there’s a cheaper alternative?

Both IAD Dulles International and DCA Reagan National airports are one-seat transit rides away from Rosslyn! Just hop on the bus or train and you’ll be dropped off outside the terminal. It’s the perfect way to end a work week and start an adventure.

At almost 24 miles away, the distance to IAD can be intimidating. The car seems like the easiest option, but travel times can vary wildly, especially if you’re leaving during evening rush hour traffic. And going by taxi or rideshare can be expensive, with fares starting around $30 before surge pricing! While we wait for Silver Line Phase 2 to open, WMATA has a more direct option available.

The 5A Bus takes visitors from the Rosslyn Metro Station right to the front of the main terminal. Aside from a quick stop at a Park & Ride lot as it nears Dulles, this is your most direct public transit option and reliably gets you to the airport in under 45 minutes. Check out the 5A bus timetable here.

The fare is $7.50 for this express service, payable by SmarTrip or cash. When traveling from Dulles, prepare your payment as there are no SmarTrip card stations at the airport. There is also a Silver Line Express Bus that picks passengers up from the end of the Silver Line at Whiehle-Reston East Station, but that bus itself costs $5 on top of your Metro fare. 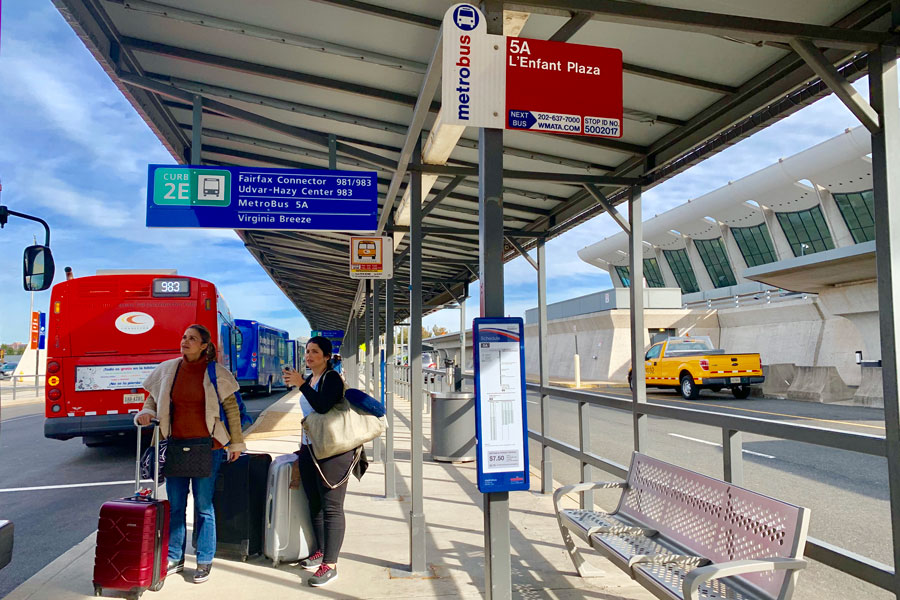 How close are we to DCA airport? You can see the planes coming in and out from our neighborhood! The airport is only five stops away along Metro’s Blue Line. The fare will be $2.15 or $2.50 during off-peak or peak times, respectively. When you get off the train, pedestrian bridges take you into Terminal B/C. Travelers flying out of Terminal A should add a five-minute walk from the station to their calculations. If you have an early morning or late night flight, be sure to note Metrorail’s operating hours.

Here's hoping that your ride to the airport can be a relaxing start to a great trip. And if you can grab a picture of our neighborhood from the sky, make sure to tag @RosslynVA on social media! 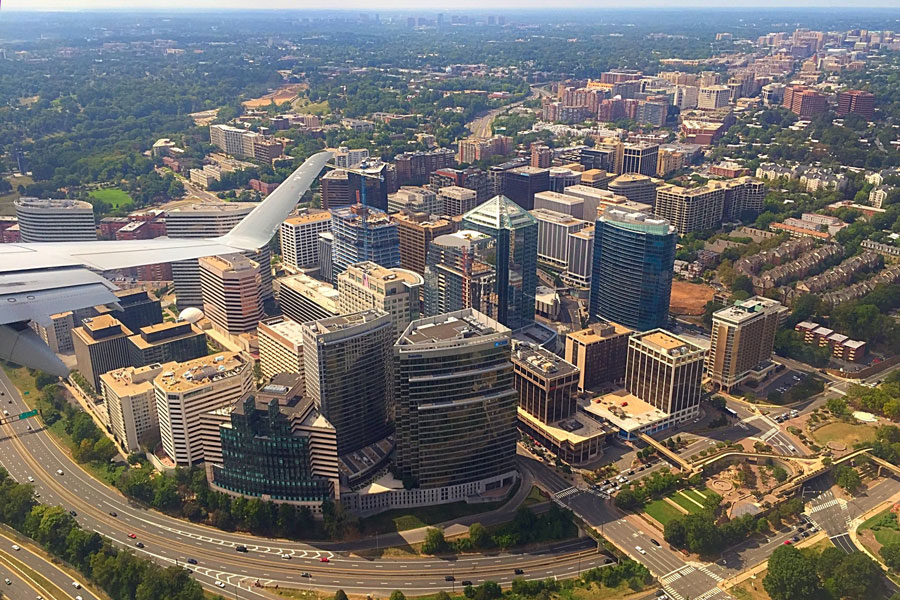 A Social Night in the Garden with Northeastern University
Wednesday, November 30
at Continental Beer Garden