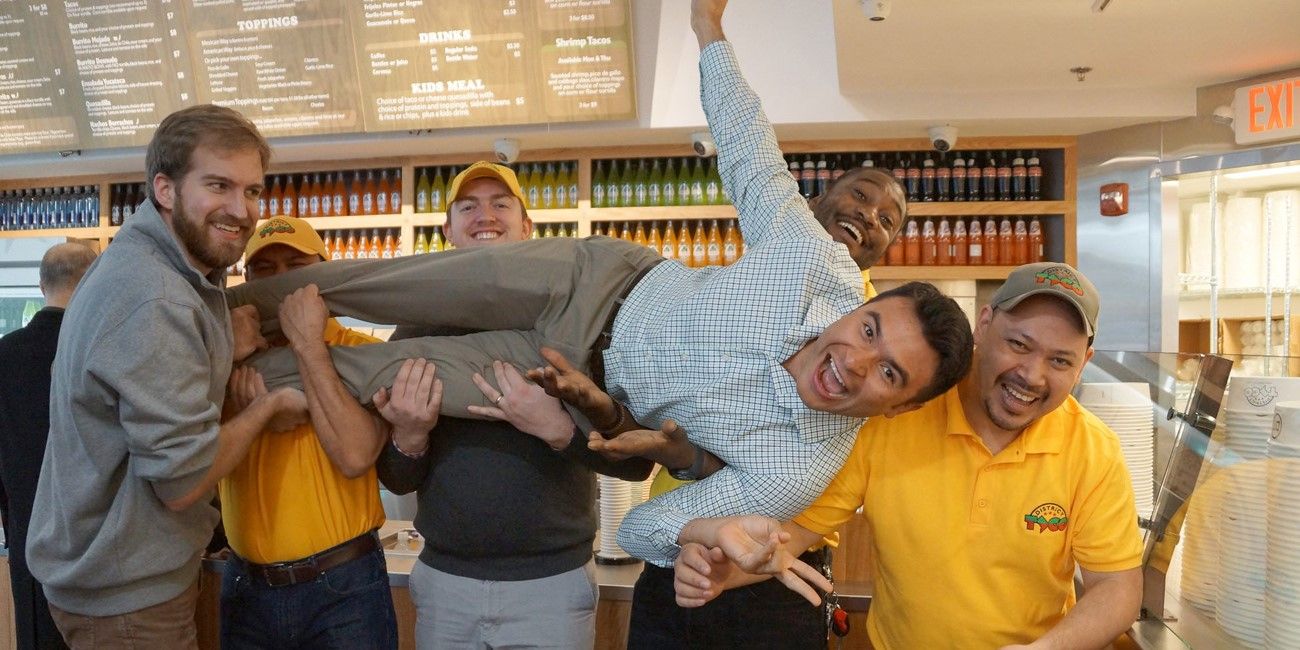 When the story broke that District Taco (DT) would be opening in Rosslyn, the neighborhood buzzed with excitement. It felt like a long-lost friend was returning from an extended absence.

For District Taco co-owner and founder Osiris Hoil, it all started in Rosslyn: He began what is now a highly successful local restaurant chain as a taco cart that he diligently manned on the streets of Rosslyn after he was laid off from a construction job. Hoil says it's only fitting that he come back to the place where it all started.

"After seven months out of work Marc Wallace (business partner) and I came up with the idea of following my passion," he says. "The taco stand was born and the first day I took it out we chose Rosslyn. The community of Rosslyn gave us the opportunity to succeed and helped us with new ideas to add to our menu. The taco stand was my school. We are opening in Rosslyn and we are here to stay for a long time!"

The Rosslyn District Taco, located at 1500 Wilson Blvd. (below Target), is the seventh location of the Mexican restaurant chain, which has attracted legions of loyal fans throughout the D.C. area for its Yucatan-style Mexican cuisine featuring delicious marinated and slow-cooked or grilled meats; fresh fish tacos; and flavorful beans, grilled vegetables, homemade salsas and guacamole.

District Taco's Grand Opening was Friday, January 8, at 10:00 a.m. Between 10:00 a.m. and 2:00 p.m. on that day, all active-duty military personnel received a complimentary meal. To further give back, District Taco donated 10 percent of all sales on that day to the Association of the United States Army.

Welcome home, DT! We are glad to have you back in Rosslyn.