Minh Nghiem remembers when he and his wife, Tina Huynh, first opened Rosslyn Metro Barber Shop in the Rosslyn Metro Mall in 2005. The couple had both been working in separate styling salons and were eager to embark on a new adventure together. Minh was familiar with the shop, which was known as Song Ri Hair Salon at the time. It was owned by a Thai woman who decided to sell the business and move back to her home country. Minh saw the ad in the newspaper and knew it was the right opportunity.

"We had a lot to learn," he remembers, "but it was exciting to be our own boss and be in charge. It was more responsibility and a challenge."

At the time they opened, Rosslyn Metro Barber Shop was very small—just 400 square feet located on an upper floor of the Rosslyn Metro Mall. Later, Minh and Tina expanded the shop to 1,000 square feet, enabling them to accommodate more customers. Soon, they will open again in a new location when American Real Estate Partners launches the new Rosslyn City Center, a $35 million renovation of the mixed-use building.

“After acquiring Rosslyn City Center in 2015, we quickly realized how much the Rosslyn community—and our tenants—loved this barbershop,” says John Chesley, managing director of asset management at American Real Estate Partners. "We heard the shop was more than just a great place to get a haircut. It was truly a community gathering place."

The project is expected to be complete in summer 2020. When it's done, Rosslyn City Center will boast a new food hall, reimagined workspaces and experiential activated environments. And Rosslyn Metro Barber Shop will move to a highly visible, first-floor location where would-be customers are sure to take notice.

“As we thought about the future of Rosslyn City Center, we knew we wanted to create an environment that would bring people together—whether it’s for a cup of coffee or beer, for a fitness class, or a haircut. This focus on community and a strong sense of place is part of our corporate vision, so not only did keeping the barbershop at Rosslyn City Center become a priority but we also wanted to help Minh and Tina build a new, modern space that would allow them to thrive and grow in new ways. We can’t wait to see what the future holds.”

Minh is excited about his new space, too.

"This building is one of the prime locations in Rosslyn," he says. "We're looking forward to expanding our business and going down to the first floor so we can see more people and more activity." 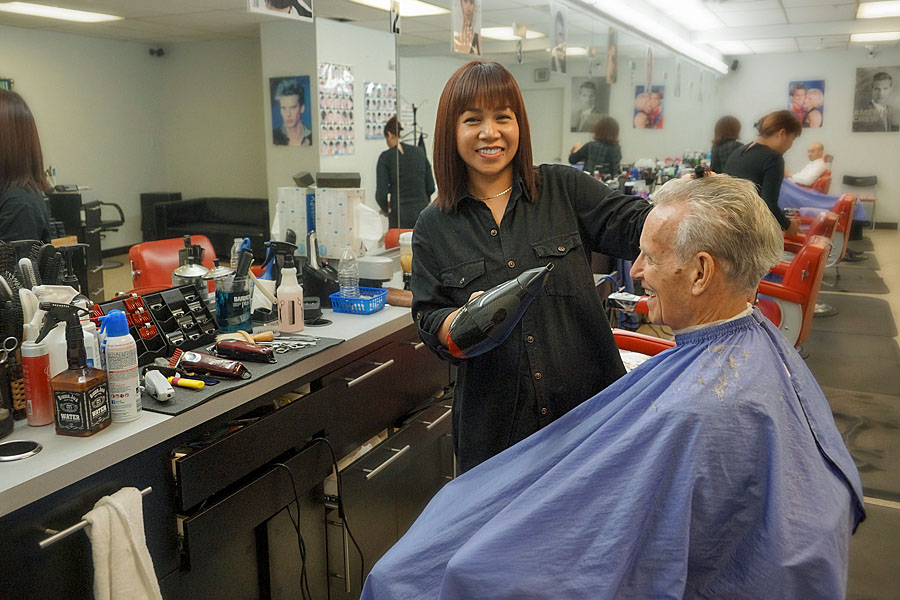 Tina Huynh cuts a customer's hair on a busy Wednesday during lunchtime.

Rosslyn Metro Barber Shop is one of the few businesses that has stayed open at Rosslyn Metro Center while the space is being renovated. Even though it's still located on an upper floor and construction work makes it more difficult to access the shop, business is steady. On a Wednesday afternoon in October, Minh and Tina are busy with several walk-ins. Among their customers are a lot of regulars, including a few who have been coming since they opened. Most are Rosslyn workers but some are residents, too. In 2018, the shop was voted one of the Best Barbershops for 2018 by Northern Virginia Magazine due in part to the loyalty and admiration of these regular customers.

"We didn't even know we were nominated," Minh says, "so that award was a total surprise."

So how do Minh and Tina keep customers coming back for more?

"We set our standards high," he says. "Our haircuts are guaranteed. If people go home and aren't satisfied with our work, they have three days to return and we will try to fix it. We know that keeping our customers happy is the most important thing."

Rosslyn Metro Barbershop is open 9:30 a.m.-7 p.m. Monday through Friday, Saturday 9 a.m.-5 p.m. and Sunday 10 a.m.-4 p.m. throughout construction. Follow the signs outside Rosslyn Metro Center to access the shop: Enter via Wilson Blvd. or N. Moore St. and take the main elevator to Mall Level 3. They cut both men's and women's hair. To learn more visit their Facebook page. 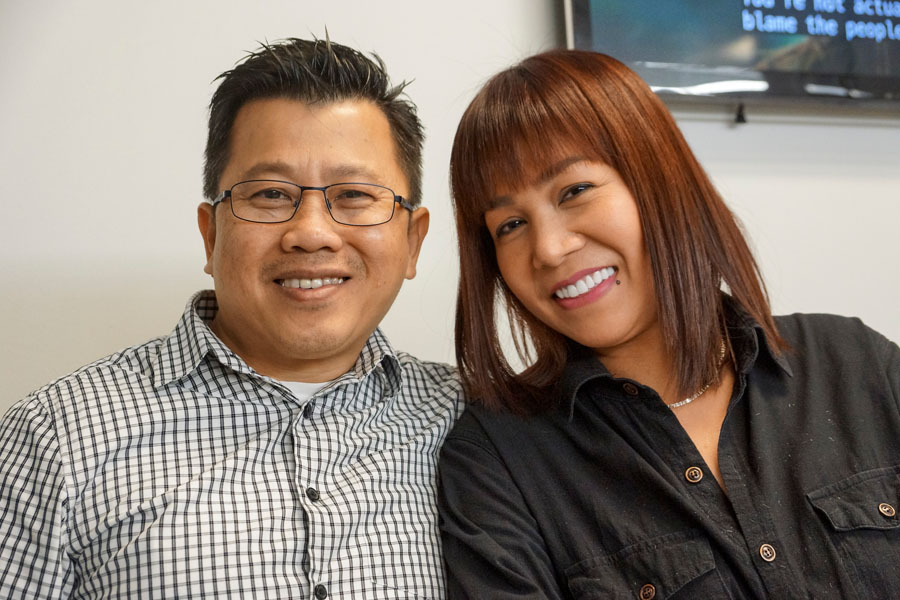